What Kind of Leader Do You Hope to Be?

Leaders are everywhere. If you’re a parent, you lead your kids. If you’re a teacher, you lead your students. If you’re a sales person, you lead your customers and those who support them. No matter the profession or occupation, there are leaders in every organization and at every level. In business, whether you lead a project, a marketing campaign, a team, a new product, or an entire company, leadership responsibilities are placed on us every day.

Usually leadership style is cultivated over years with practice, mistakes, and mentorship of one kind or another. Some folks are natural–born leaders, and some have to work hard to master techniques of leadership. We’ve probably all met leaders who are great, ho–hum, and crummy.

So, what separates the great from the crummy? The ability to connect or inspire; the mental chops to correctly weigh good versus poor decisions; the understanding of how to organize a team to implement a plan?

I’ve been thinking more about leadership lately, especially with the recent State-of-the-State address by California Governor Jerry Brown, and the recent AFC and NFC Championship Games.

Whether you like Governor Brown or not, the scoreboard reads thus: in 2010, California had a $25.4 Billion deficit; heading into 2014, California has a projected $3.2 Billion surplus, the largest in a decade. At some level, it took many layers of leadership to make those broad, dramatic changes. And in the hierarchy of state government, there’s a leadership quality the Governor brought that must have had an influence.

With the upcoming Super Bowl, the two teams – arguably the best this year – had to have had some quality of leadership that separated themselves from the rest of the teams. In team meetings, practice, and finally the play–making on the field, football is a game of one play or another making the difference. What is the leadership involved to set up players to make the play when needed?

For me, leadership is fundamentally about vision. That comes first. You need to see a more promising future, beyond how things currently are. Of course, the successful leaders also map an attainable route to get there, and inspire a team to believe in the vision enough to work fully and passionately. All routes towards a more promising future are hard-met, and it’s usually a shared passion that – at the end of a work-day – moves an organization further on the path.

Governor Brown had a vision and route towards a budget surplus; Coach Fox and Coach Carroll both had visions and routes towards reaching the Super Bowl. They had colleagues who believed and implemented those visions and plans.

So, what kind of leader are you? What do you hope to be? What is your vision of a more promising future, and what is the route to get there?

​By Christopher Foster, VP of Marketing for Modern Postcard 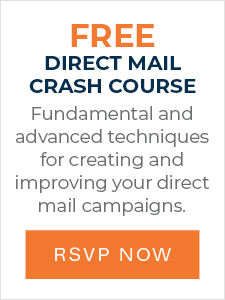