Embracing Technology: The Strategy of Strategy

Now that the entire world seems to be adding mobile, digital, social and other various avenues to their marketing mix, I bet you’ve thought about doing the same with yours. With all of the new technologies that are presenting themselves, it can be tough to figure out which way you should go, why, or maybe even more importantly, how?

Unless you’ve been living under a marketing rock over the past few years, you’ve probably heard that the biggest concept preached about when entering any new area of marketing is to develop a strategy before you jump in. This, of course, is exactly what you should do. The problem many keep being faced with, and those that are successful have conquered, is that before you can lay out a strategy, you have to sort through all the choices available to you. With so many options, it’s no wonder that just getting to the strategy stage is a colossal task. That’s why you need to have a strategy for creating a strategy.

Now, here are all of the facts that you may have heard about.

Social media seems to be taking over. Facebook has almost 900 million users now, and one out of every 10 Internet visitors goes to YouTube. There are also over 10 million users on Twitter and Pinterest grew 429% just from September to December in 2011. These numbers are hard to ignore.

What about the other technologies taking hold? There are over 300,000 apps in the App Store according to Apple, and that doesn’t even count the proprietary apps being built for internal uses only. People scanned QR codes 5 times more in 2011 than they did in 2010, and since 2008 there has been a 2000% growth in companies offering their websites in a mobile-based version.

So which way do you go? Start tweeting? Start a Facebook page? Build a mobile website? What about building a cool swiping app to sell, if not give away?

First, develop a strategy to tackle this. And you know what, here it is:

Do the Research. Find out what your customers are using with a survey or an analytical service. Either way, find out as much about your core audience and let them tell you what you should do. If you find that your core audience are savvy phone users and have smart phone capabilities, a mobile site may be the way to go. Find out what THEY want more than what YOU want to do.

Measure the Benefits. Put some numbers to what the benefits would be to take on a new path in your marketing plan. If you believe that creating a fan page and maybe even advertising on Facebook would bring in 5% more sales a year, then take inventory of that. Of course, this takes a little bit of imagining what you think you could accomplish. But you have to visualize your goals, right?

Account for the Costs. If you have done some small HTML work in the past, this DOES NOT mean you know how to build an App. In fact, they are completely different animals. Figure out the costs of adding these features into your efforts. If you believe that you can bring in 10% more sales by producing a viral video strategy, but it will cost you the farm, that may not be the way to go.

Take an Interest. Point blank, if you do not WANT to do something, chances are you will probably do it poorly. If you are not interested in getting involved in the Twitter world, then don’t waste your time trying to fake it. People will know. And it won’t work out so well in the end.

The point here is that you have to strategize about the channels you want to get involved in before you can strategize how to market within those channels. How many time have you seen a business create a Facebook fan page and put a link on their site that says “Friend Us” only to find out that’s where it stops because the business is stretched too thin. That doesn’t really promote anything now does it?

Then… you can really strategize. 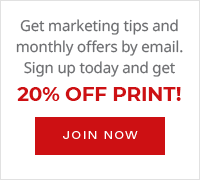 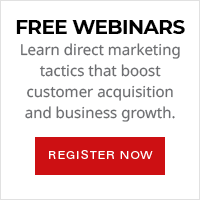